ost of the time Mini fLee is deferring her bedtime with crafts, Star Trek discussions or wish lists of what toys she wants for the next 8 birthdays and Christmases. We do our best to hypnotise her to sleep but with the Chicago Teacher strike and kids being out of school for a week and a half, its been a tough sell to convince to pass out on command.

During this "I'm-not-tired-but-its-time-to-go-to-bed" burst of energy, I've seen her create whole villages from sculpty clay, elaborate traps for the chickens with duct tape and yarn, and my favorite, a fairy catcher game you can see on her Tumblr.

Tonight, it was, "Momma, I'm going to play the guitar."  Ok. Since I failed at learning it properly, she might as well have a go at it. She began to strum and sing, so I took out my iPhone (because there's an app for that) and started recording.  While it's too much to edit down right now for a complete melody of planetary hymns about Uranus, craters and volcanos, I'll give you a sample of her warm up intro, " Sky So Bright".

Download Mini-fLee-sky-bright-demo.mp3
Hope you enjoy it, and I hope I'll have some time to edit the 30 minutes of original happy music making of this very creative first grader.

If you want to listen to more of her silliness, there's always her rant on Mario Galaxy. It's a cute bit of insight to her effervescence, and a sense of innocence I long to keep in my heart forever. 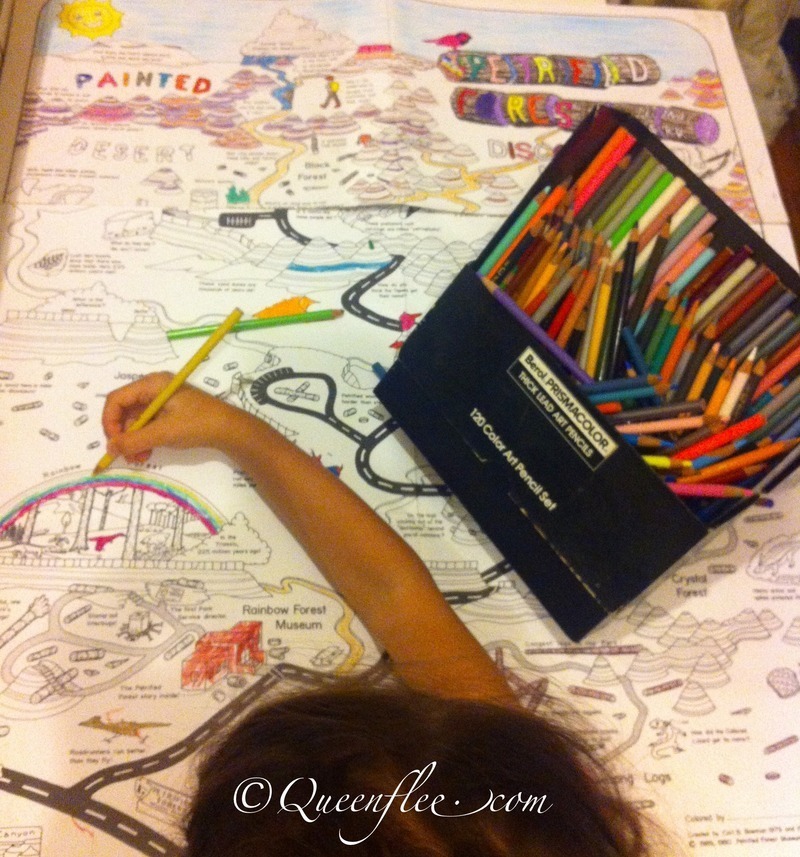 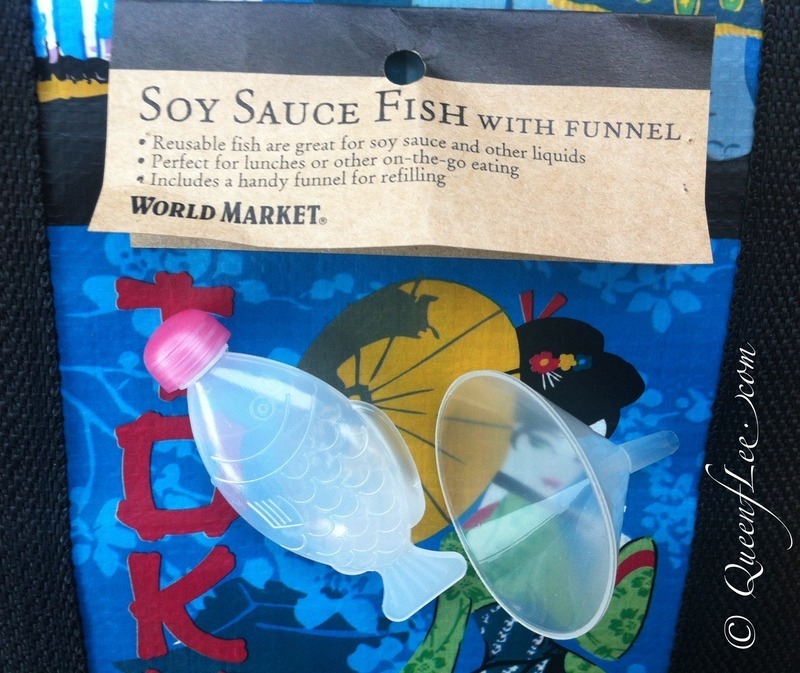 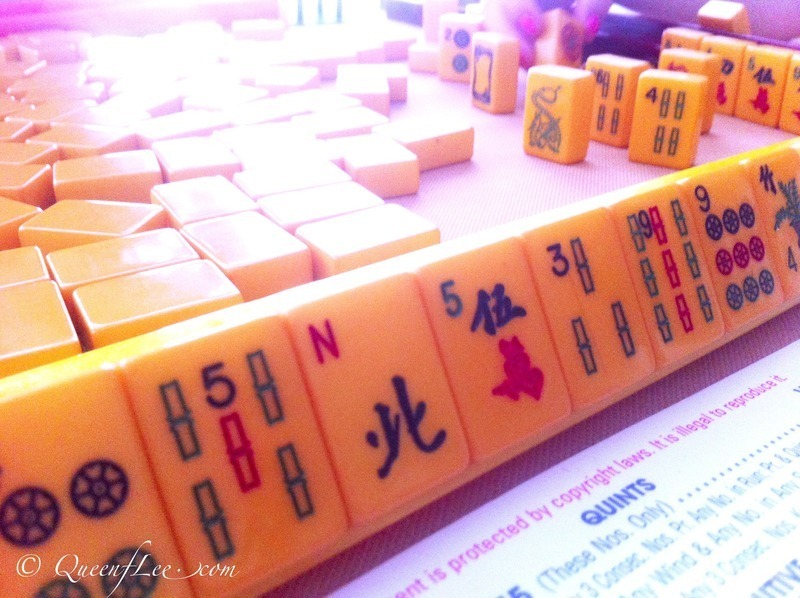 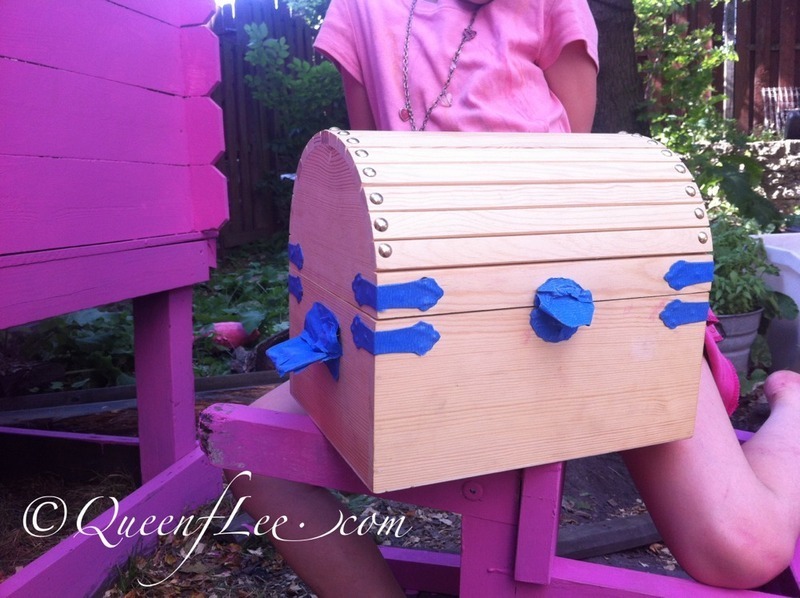 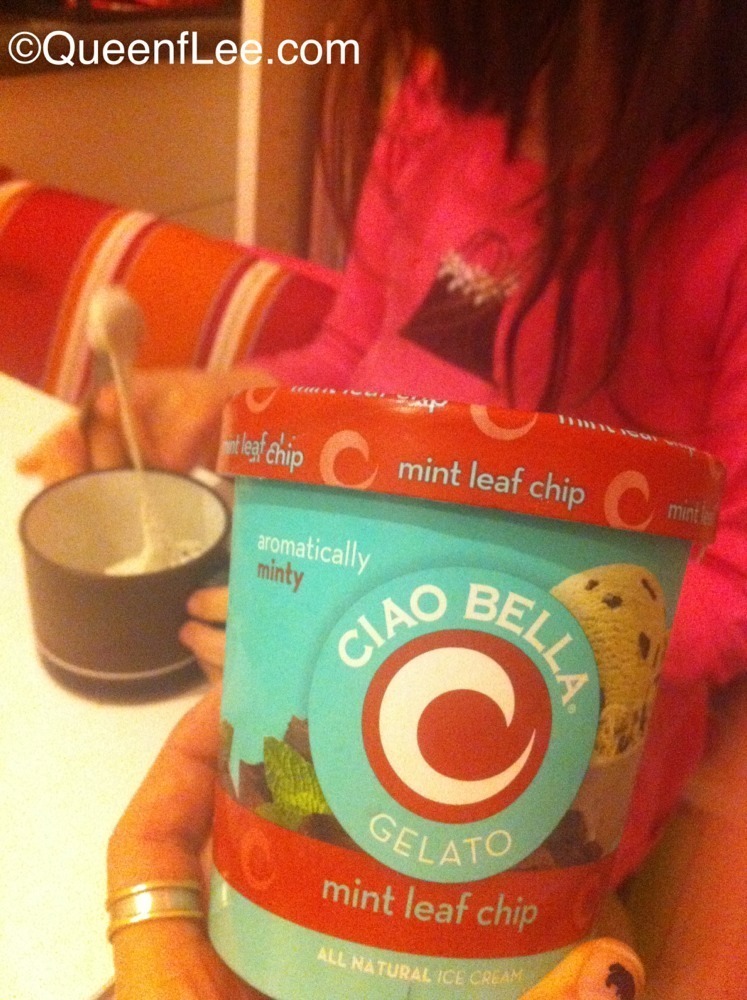 Apparently you don't have to spell correctly to create a tumblr. Check out what Mini fLee is doing miniflee.tumblr.com

So many things to be thankful for! Especially this little one :) Hope everyone is having a great day. 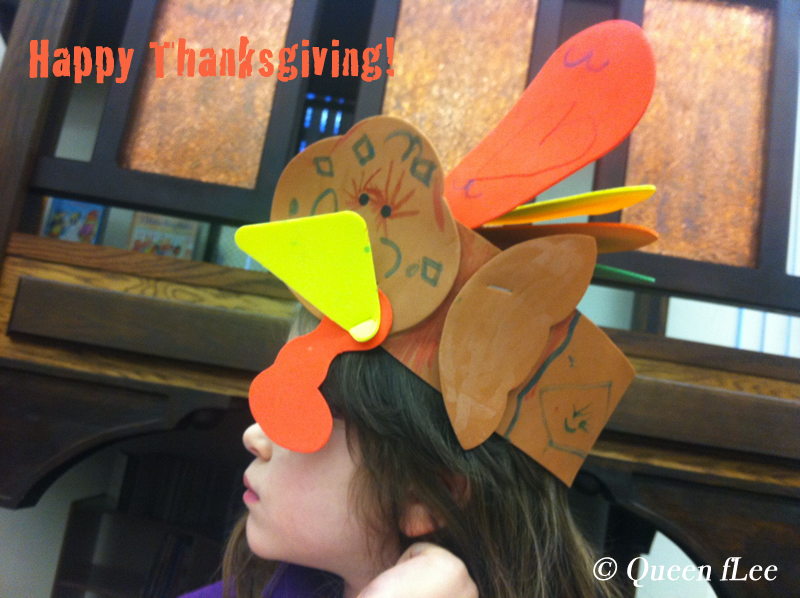 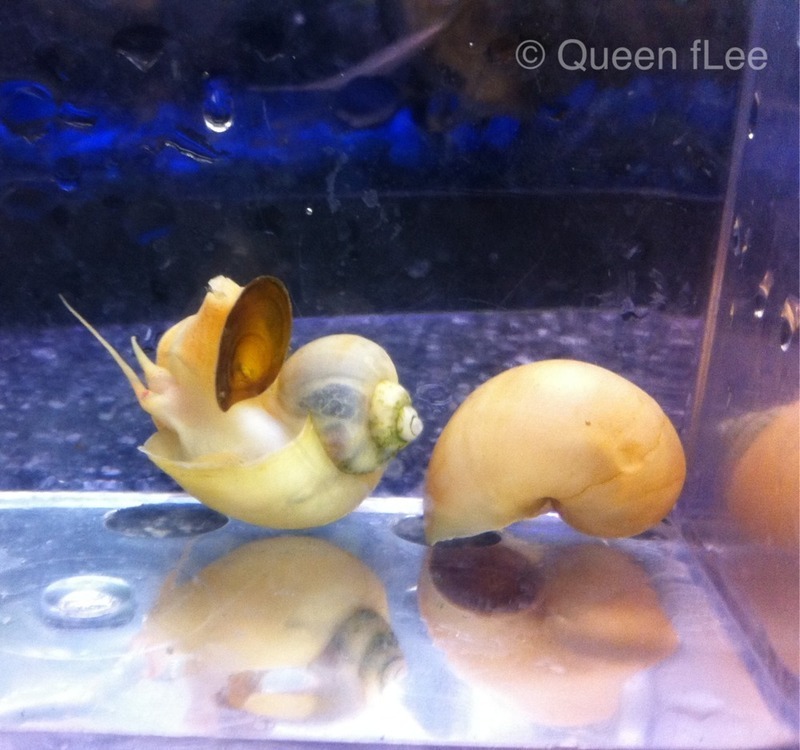 These ivory mystery snails are going into the tank with Pinky, our African Clawed Frog to help control the algae. Aren't they gorgeous creatures? The one on the left came out to say hello. We also purchased a Plecostomus at the recommendation of MuseWish, but they don't photograph as well. 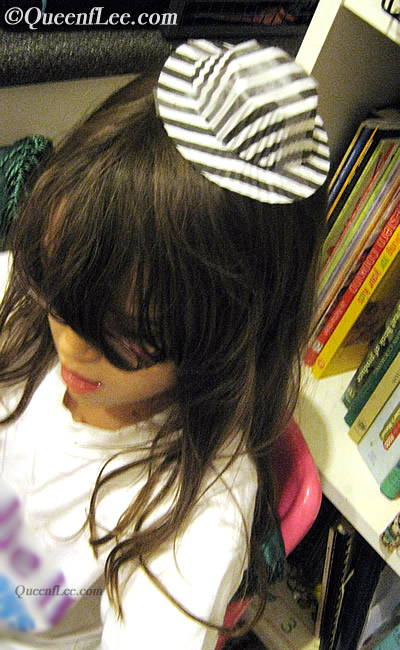 I swear I had not a thing to do with this as I am hand counting black and white striped cupcake liners* for orders, but my little Mini is a crafty one.  She has the instinct to grab her (safety) scissors and tape, take the flattened baking cup I ironed (for the product photo shoot) and put one cup, upside down, directly on top of the flat one.  I didn't realize what she was doing until she taped it together and placed it upon her head with pride. "Look Mamma! A hat!"

Of course, the proud Striped Stocking Society mother that I am, I beam with joy and race for the camera.  She wouldn't sit still very long but I was able to get these photos of my kindergartner's creation. Below are photos of the hat on her, as well as her most precious sleeping partner (she higs it at night like a stuffed animal); the 10 inch Tyrannosaurus Rex named Sue**. 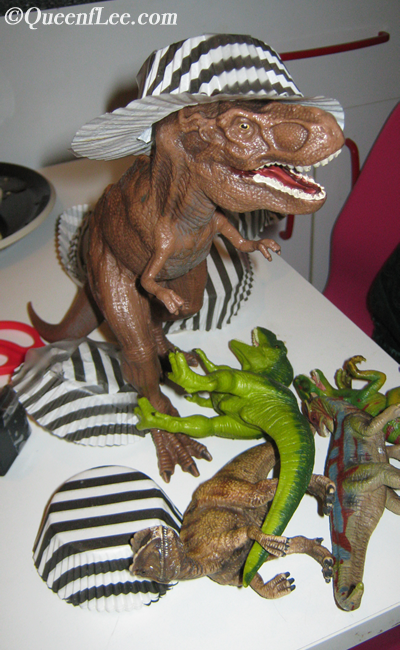